Red-footed Falcons in the Parma area

It is ten years since LIPU-UK supported a project to install nest boxes for Lesser Kestrels in Matera, Puglia. It was a clear success with occupancy exceeding 80% after the first three years.

At about the same time attention focused on a growing breeding population of Red-footed Falcons in the Parma area and the LIPU Local Conservation Group started a monitoring project to establish feeding habits and so on using GPS trackers. The work developed into making and installing suitable nest boxes and these were readily adopted by the birds. 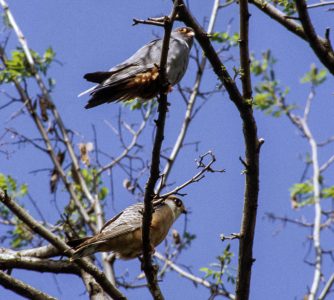 A detailed paper on this project which LIPU-UK was very happy to support may be found at: