A slim, grey, long-winged raptor floats low over a field margin in search of prey. A black stripe across the inner wing tells this male from its cousin, the hen harrier. This then, is the Montagu’s Harrier, a rare sight indeed in the UK. Probably our rarest breeding raptor, its status is precarious. Never common in historic times; from a high of around 30 pairs in the 1950’s to no confirmed breeding in the mid-1970’s, around 5 breeding pairs cling on, each needing special protection.

Wider afield, France and Spain are the Montagu’s Western European strongholds. Italy (largely the northern half) holds a modest breeding population, most recently estimated as 260-380 pairs. Wintering in Africa, the harrier migrates to Europe to breed. The nest, a simple construction made of grass, is always made in tall vegetation and used only for one season. The female lays 3 to 5 eggs which are incubated for 27–40 days. The young leave the nest after 28–42 days and are independent two weeks later.

A bird of steppe and marsh, the Montagu’s Harrier has been observed across much of Western Europe to breed increasingly on agricultural land, often in cereal crops. The change to farmland breeding is probably an adaption to loss of prime habitat, but without protective measures, reproductive success is inevitably lower. Its post-1950’s decline in the UK was linked to pesticides; now surviving breeders across Europe must run the risk of nest destruction at the blades of the combine harvester. 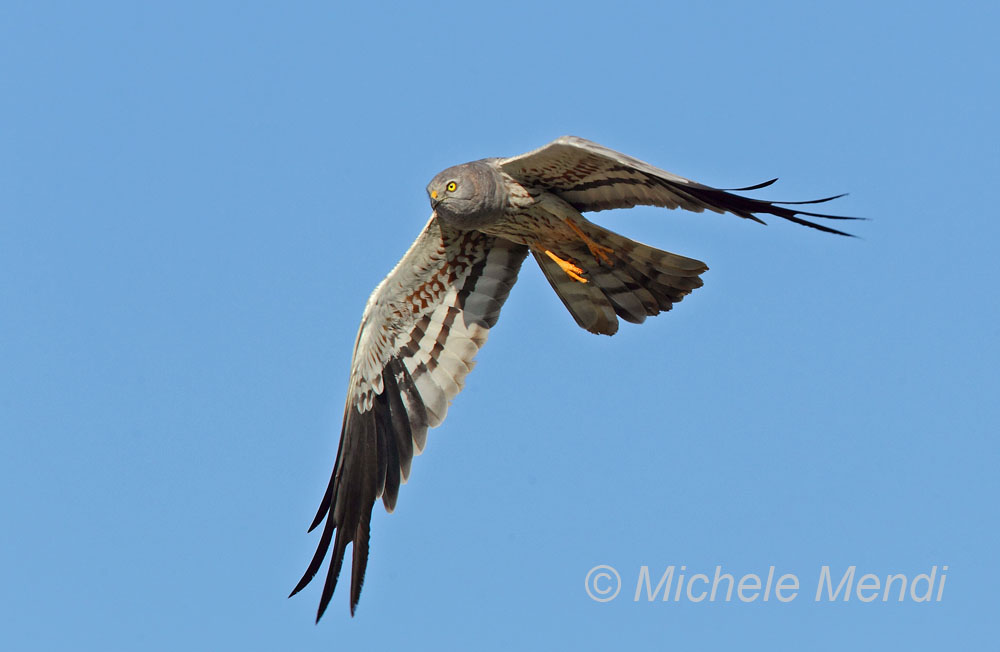 Is the farmer an enemy of bird and conservationist alike? LIPU’s highly successful collaboration with local farmers, to protect the Collared Pratincole in Sicily, shows this view to be very wide of the mark. Once farmers were told of the problem and the importance of the colony, they were more than willing to help (see our related Blog post). The real ‘enemy’ was (as is so often the case in conservation) ignorance of the problem and an absence of dialogue.

Returning to Montagu’s Harrier, LIPU has already had success in reducing agricultural impact in the Viterbo province (north of Rome). With this in mind, LIPU-UK has agreed to fund a project in the Marche region (on the Adriatic coast, south of Rimini and San Marino). In 2020, an initial survey of the study area identified 12 breeding pairs. In 2021, LIPU-UK funding will be used for further field work to locate nests, followed by work with farmers to avoid nest destruction and thereby increase breeding success. For the Collared Practincole colony, a modest change in the timing of harvest was required. Solitary Montagu’s nests occupy a much smaller footprint, so a different approach may be adopted; the harvest progressing but leaving a small area around the marked nest site untouched.

The ambition is to transform this work into an annual commitment and to gradually increase the project area. LIPU have a broader ambition to develop a dedicated programme around nest protection covering existing initiatives for Bonelli’s Eagle, Lanner Falcon, Collared Pratincole and Montagu’s Harrier. Should resource permit, over time, Corncrake and Little Bustard could also be added to the programme.