Naldo Sartori, who has passed away aged 96, was one of a core of long-term members that truly form the bedrock of LIPU-UK. It may be a little indulgent of me to write on the blog about my father-in-law, but I do so hoping to acknowledge all of the long-term members past and present, who have not sought recognition, but have quietly and steadfastly supported LIPU-UK’s conservation goals down the years.

Born in Llanelli, west Wales of Italian parents, he was sent in early childhood years to Colombello, his grandparents’ upland family farm in the Apennines near Piacenza (coincidentally not far from LIPU’s Parma base). Formative days were thus spent in the company of hoopoe, red-backed shrike, black redstart and corn bunting; the quiet rural nights haunted by the churring of nightjar. Returning to Wales he grew up to enjoy a long and full life, devoted both to his family and to his profession as a family doctor in the Llanelli and Swansea areas. His lifelong passions included nature, fine wines and Llanelli RFC.

He joined LIPU-UK as soon as he became aware of it and his 25-year membership enamel badge, amongst his proudest possessions, was ever present on the lapel of his favourite jacket. 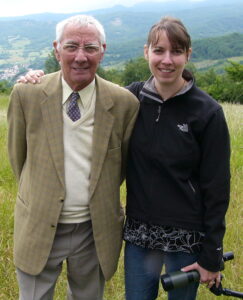 He passed his love of birds on to his daughter Jo, a current LIPU-UK member. After decades of absence, we were able to take Naldo back to Colombello in 2007 and re-acquaint him with the hoopoe and the nightjar. He was keen to visit the LIPU Oasi (reserve) at Torrile and thus began a memorable day. We were welcomed by Maurizio Ravasini, one of the founders of the Reserve, and treated like visiting royalty. For those that don’t know the reserve at Torrile, it is a true oasis in the English meaning of the word, set as it is in a ‘desert’ of development and intensive agriculture. An extensive patchwork of lakes, marsh and woodland habitat, it is inhabited by many species that may set the British birder’s pulse racing. However, not content with showing us his marvellous Reserve, Maurizio insisted on an impromptu birding tour of the immediate area, including a bee-eater colony and localities for lesser kestrel (a LIPU-UK favourite!), lesser grey-shrike and red-footed falcon. I have it on good authority that this brief acquaintance with Maurizio is typical of the man and, I’m sure, embodies the enthusiasm of many LIPU volunteers. 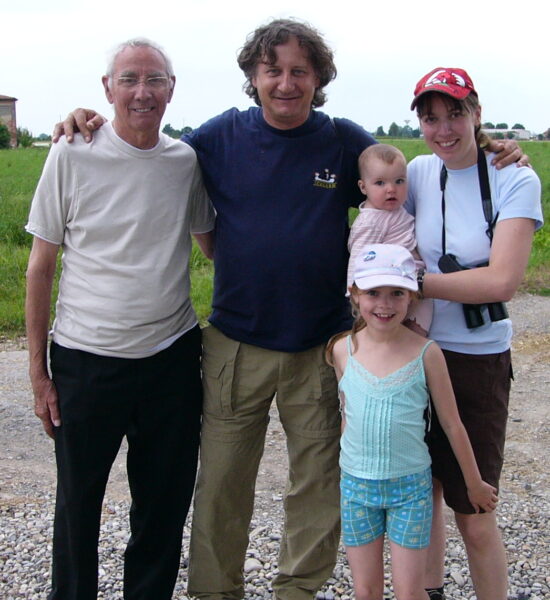 Returning to the nightjar, they are very scarce in our home county of Glamorgan, typically limited to a few pairs in clearings around upland conifer plantations far to the east. This July, on a part-wooded ridge in my local patch, just a mile or so from Naldo’s house, we were amazed to observe a churring and wing-clapping nightjar. The displaying continued over a fortnight; the first in my 20 year knowledge of the patch. Although housebound and unable to visit, Naldo was delighted to hear the news. The reader may pardon a very un-scientific view held by some of the family, that the nightjar had perhaps come to call him home.