A telephone call that changes a life – ChooNa

Enthusiasm, civil engagement, a wish to work for nature. With these values 300 young volunteers took part in the project Life ChooNa for the conservation of 6 species at risk and other projects. With extraordinary results.

It was a peaceful day at the end of February 2017 and I was getting ready to finish. But, you know, at times something small is enough to change the course of events. A telephone call interrupted the silence: a friend was calling me from Brussels to tell me that a notice had been published by the EU Commission, a new kind of Life Project which would be particularly suitable for our association. Even though we are equipped to deal with these announcements I noticed immediately that this project was different from the others. We were talking, in fact, of recruiting, in only 2 years, at least 300 young volunteers aged 18-30 who would be able to motivate themselves to take positive action for nature. The deadline for submission of the project, fixed as 6th March, was very close. It seemed like the classic “mission impossible”: less than a month to write a project, find co-funding and to think of an implementation strategy. We immediately thought that it would be better to give up, the process was too complex and there was too little time available. But then, we told ourselves, to recruit 300 young people would certainly be an exciting challenge and very good for nature as well as LIPU.

Lesser Kestrel protection in the south of Italy

At that point we started the race against time. We set up work groups, we organised ourselves into subdivisions to tackle the tasks and we asked Fondazione Cariplo (a charitable foundation in Milan) if they could support us. The idea took shape, we thought of creating 20 groups of young people in 11 regions who could look after 6 bird species which were particularly at risk. Another 3 groups could be formed to intervene in environmental disasters, in particular the spills of hydrocarbons in water. And finally a group could support and boost communication of the project. Fondazione Cariplo liked the idea and decided to support us with an important contribution. We managed to finish the work on Sunday, 5th March but there was not enough time to forward the document to Brussels by the deadline. It was necessary to deliver it by hand. The next morning I took the first flight to Brussels and so arrived in time to deliver it. At that point there was nothing else to do except wait. A few months later, on 12th July, the good news arrived: the project would be funded. We were away! We called it Life Choose Nature, abbreviated to ChooNa. It was necessary then to think of a suitable strategy to recruit the young volunteers. We decided to use social media because the young are particularly accustomed to it. We couldn’t believe it, thinking it was a joke, when a few minutes after the campaign started the first candidate got in touch.

She was called Chiara and wrote “I am a final year student of philosophy at Milan University. I am passionate about communication on the internet; in the future I would like to specialise in the dissemination of science. Your project for volunteers, which combines communication with nature is extremely interesting to me”. And, not content with that, and perhaps thinking that we would not respond to her, she wrote as many as 3 times.Chiara was the first volunteer on the project and she took care of communication. Together with another 20 young people she enabled ChooNa to become known throughout Europe. Next was Matteo with a different story, one of the rare cases of migration from the north to the south. He is a young naturalist from the Veneto who wanted to go to Sicily to work on the protection of Bonelli’s eagles. And that’s what happened and he also became the co-ordinator of the Sicilian group. The third to write was Giulia: “I am a graduate in an artistic subject, which I like, but it doesn’t satisfy my wish to live in contact with nature or allow me to protect it. I constantly feel a will and a duty to do something practical in an active way”. Giulia joined the group working on pollution interventions at the Recovery Centre at Livorno. She then became the co-ordinator. Lastly the email from Valentina arrived. She wrote to us from Le Marche and wanted to gain some knowledge to enable her to contribute in positive manner to the conservation of biodiversity. Valentina joined the Kentish Plover group, contributing to the protection of the species along the coast at Fermo.

We wanted to tell these 4 stories but the other 300 are very similar, stories of civil engagement, of awareness, the wish to do something for nature, of European passion. This commitment lasted a good 3 years, ending in August this year. Formally the project now closes. But is it true? We know that often these projects don’t finish on the closing date but rather from the date that they “begin”. Meanwhile Chiara has graduated, has found work in the sector that interests her and is still with us. Together with a dozen young people she founded the LIPU group at Monza. Matteo remained in Sicily and continued to work with the eagles. He is engaged to a young volunteer from the Sicilian group. Giulia continues to care for animals at Livorno and never misses a chance to tell us that ChooNa changed her life for her and she is happy. And Valentina? She took up her career as a naturalist and communicator but says that she can no longer do without the Kentish Plover. These are the young men and women who have chosen nature. And nature has changed their lives. With nature and with LIPU it happens, essentially a telephone call was enough.

Some facts and figures:

9.6 million young people reached by the campaign of recruitment through social media

More than 65,500 hours of voluntary work of which:

13,546 hours of activity at the 3 recovery centres involved

13,627 hours of reconnaissance, monitoring and protection of nests

14,519 hours of education and awareness in the local populations and among the stakeholders

1,433 hours if commitment in anti-poaching camps

260 stakeholders involved and more than 19,000 people spoken to 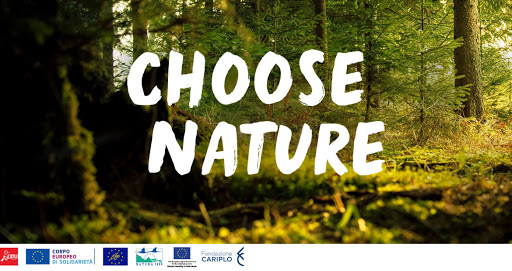