Where once stretched boundless marshes, the biggest in Italy, over the centuries man has succeeded in transforming the former natural landscape into agricultural land which is now typical of the Po Plain. In the Commune of Torrile, in the Province of Parma, LIPU has recreated a strip of ancient marshland. The LIPU Torrile Reserve has been established by the concession of land from the Eridania sugar refinery. This is the first example in Italy of “environmental restoration”. Within an area of approximately 35 hectares, a mosaic of habitats was planned in minute detail to provide the conditions which would encourage the largest possible number of aquatic birds to breed, rest, find refuge and feed, and also to recreate a truly natural marsh ecosystem. As soon as the first excavations were made the process of spontaneous “naturalisation” began, in some instances helped by planting and introduction programmes. Reeds and other marsh plants soon became established. Whereas elsewhere marsh vegetation has suffered from drying out, land reclamation and pollution, here it has grown quickly over low lying edges and shallow water, along with the slower growth of waterside copses of oak, poplar, alder, willow and ash. Low lying edges, differing water levels, islands and a varied vegetation are the secret of how the LIPU Torrile Reserve has become a little paradise for birds and birdwatchers. Since 1993 the reserve has become a Stork Centre, thanks to financial support from Zurich Assurance. An aviary has been constructed where several pairs of White Storks have successfully bred and the young have been subsequently released into the wild. In 1995 the Duck Centre was established, a small area for holding and breeding ducks of European species at risk of extinction. 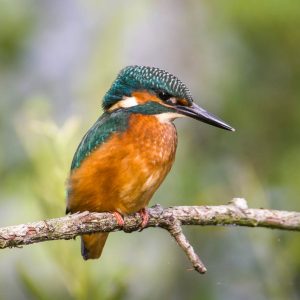 The best indicators of the success of this experiment in environmental restoration at Torrile are the wild birds. One only has to think of the some 250 species which have been observed at the reserve in the last few years. Night Herons, Little Egrets, Great White Herons, Purple Herons and Grey Herons come in search of fish, frogs and insects, which are plentiful here. In winter and during migration it is possible to observe large flocks of ducks, including Mallard, Pintail, Wigeon, Teal, Garganey and Pochard. The Black-winged Stilt, symbol of Torrile Reserve, is the species which in spring attracts most attention from visitors. Its slim and elegant shape, long red legs, black and white plumage and long fine bill, make it unmistakable. The tiny islets which stud the ponds within the reserve are the favourite nesting areas of Black-winged Stilts, as well as Common and Little Terns. During migration many species of waders put in an appearance, testing the bird identification skills of visiting birdwatchers. Particularly noteworthy are Dunlin, Ruff, Snipe and Curlew. The nearby River Po is almost like a great “motorway” which is used by many migrants, and Torrile Reserve has become a safe place to stop, rest and feed. In spring and autumn it is also possible to observe rare species such as Ospreys, Montagu’s Harriers and Black Storks. There are also occasional reports in winter of species such as the magnificent White-tailed Eagle and Peregrine Falcon.

If indeed many birds have quickly populated the reserve, what has been equally surprising has been its colonisation by small animals. Frogs and various species of toads immediately occupied the newly created pools and now are really plentiful. In the banks there are burrows of the tiny water vole, a rodent which is as skilful in excavating as it is in swimming. Many tracks of other mammals can be seen, such as stone martens, foxes, polecats and weasels. There are several species of fish, more than 30 species of dragonflies and numerous butterflies.